Healing in the Nail Scarred Hands 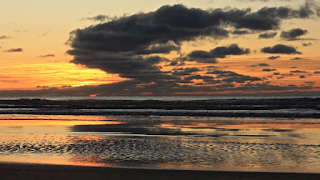 Our Lord Jesus chose the pain pounded into His hands and His feet. Not as a martyr but as a Savior. He substituted Himself, bestowing hope and life eternal on us amid the chaotic pain of living in our fallen world.
To the Romans, His friends, family, and enemies, the wooden cross looked like the end for Him. His resurrection three days later proved them wrong. In His redemptive destiny, our Lord became the pain of sin itself when He obeyed Father God’s plan in the Garden of Gethsemane. 2 Corinthians 5:21: “God made Him who had no sin to be sin for us, so that in Him we might become the righteousness of God.”
Jesus was more than acquainted with grief and sorrow. He was intimately connected with it. He could have avoided the nails hammered through His flesh and bones because He was God. Scripture reminds us in Isaiah 53:3 that Jesus “was despised and rejected by men, a man of sorrows, acquainted with grief. Like one from whom men hide their faces, He was despised, and we esteemed Him not.”
He was God nailed on an ancient tree.
Nailed there not by the will or hatred of ancients, but by the will of His own obedience; His own choice to take our place as the Perfect Lamb of God with the purest blood coursing through His veins. The divine perfection of God-blood mysteriously joined with a young Jewish mother’s blood. In that way, Jesus experienced first-hand the walking, talking, feelings of humankind.
The Romans slamming nails into Jesus’ body outside Jerusalem took place while priests were killing thousands of lambs in The Temple. It was a ritual to sacrifice lamb’s blood during Passover week. On crucifixion day, another fact came into view; thousands of lambs were no longer needed since the one Perfect Lamb took care of all sins from beginning to end. In only a few hours, the King of the Jews changed the trajectory of humankind from death to eternal life.
The crucifixion tree, a violent symbol of cruelty was meant for permanent death yet it turned into an instrument of life for sinners. A new reality was locked in when Jesus rose up by His own power from a donated tomb three days later. Thus, the risen Savior opened the way for us to live now and forever.
Bowing in worship to ask for His forgiveness, then honor and thank Him, we can barely comprehend His gift. Nevertheless, we know His sacrifice and resurrection to be true and transformative …the most profound love straight from the heart of Father God.
In His hands, the nails He suffered became hope. His nails became deliverance, healing, and new life.
Most of us have lived through emotional nails of sorrow, challenge, and even desperation. Some of those sorrows have to do with mental, physical illness, and diseases, ours and others. When we call on our Lord, He reaches out to help us with his nail scarred hands.
With His hands, Jesus fashions us into emblems of His deliverance and salvation. He removes the nails that have sunk deep into our souls and spirits. It may not happen in an instant. More often, we go on a sometimes long journey with Him. But hope is always much more possible through Him as opposed to not calling upon our Lord at all.
The enemy always drives the nails into our lives and spirits aiming for permanent damage and spiritual death. Jesus’ resurrection proved the enemy incapable of overpowering Him. Counting on Jesus as our willing Substitute for our sins, the finished work of our Lord on the tree outside Jerusalem 2,000 years ago, gives us endless options of hope and help.
Even with the ravages of sin’s nails, nevertheless God renews and sustains us no matter what. Jesus pulls our nails out by the power of His Holy Spirit, the Comforter. He gently removes life’s nails and tosses the accumulated pains away.
Thanks be to God!
Email Post
Labels: Healing in the Nail Scarred Hands