The Christmas Shepherds, Levitical Priests for Their Bethlehem Flocks 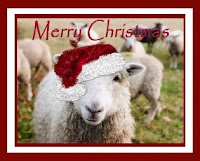 Shepherds and sheep hold a prominent place in the Bible. The most famous are the Christmas shepherds!  Is it possible that Mary birthed Jesus in a shepherd’s hospital near Bethlehem instead of an “inn with no room?” In Hebrew, Migdal Eder (Migdal-tower and Eder-flock) the Tower of the Flock stood on the road between Bethlehem and Jerusalem.

Migdal Eder no longer stands. However, the bible mentions Migdal Eder (or Edar) in two passages, Genesis 35:21 and Micah 4:8. Jewish sages writing in the Mishnah (Jewish Oral Tradition), confirm the existence of the Tower of the Flock. Also reinforced due to shepherds retelling stories around campfires for hundreds of years, a Byzantine monastery was built over Migdal Eder in the fourth century.

For millennia, shepherds were familiar with The Tower of the Flock. The Sadducees, in charge of Temple sacrifices, chose the Bethlehem shepherds who were experts in animal husbandry.  They considered them as Levitical Priests because the lambs they tended on the birthing floor of Migdal Eder were destined for Temple sacrifices. Exodus 12:5 mentions, “Your lamb shall be without blemish, a male of the first year:” 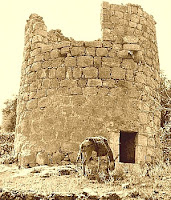 Migdal Eder was a two-level stone structure, allowing the Chief Shepherd to look out over the flock for predators.  (Photo-only an example.) At birthing time, shepherds led the ewes from the fields into the tower. The ancient veterinarians reached into the ewe’s womb to pull out the newborns, then snugly wrapped the lambs in swaddling cloths. If the lamb harmed its limbs at all, it would be rejected as a Temple sacrifice. Shepherds laid the lamb in a stone manger until it calmed down. Then they unwrapped the swaddling and let the lamb return to its mother for feeding.


When angels appeared to the shepherds in the Bethlehem fields, they immediately understood the directions in the glorious angelic birth announcement! “Today in the town of David a Savior has been born to you; he is the Messiah, the Lord. This will be a sign to you: You will find a baby wrapped in cloths and lying in a manger."  Shepherds knew that  Bethlehem was the “town of David,” King David’s birthplace. As a shepherd boy, he was likely familiar with Migdal Eder too. We don’t know how far the shepherds ran to see the promised Messiah, but no GPS was needed. The Tower of the Flock was their ancient office.

The shepherds excitedly shared the magnificent news of Messiah’s birth to everyone in the vicinity. Imagine the astounding privilege they experienced seeing the angels and the Messiah in one night!

When lambs reached a year old, the shepherds herded thousands of them into Jerusalem on Palm Sunday, called The Day of Lambs in ancient Jewish culture. The Temple Priests examined each lamb allowing only the perfect ones for sacrifices. Jesus Christ, Emanu-El, God with us, is the Perfect Passover Lamb and our Good Shepherd! How fitting that Jesus, possibly born in or near the Tower of the Flock, entered Jerusalem for His last Passover, this time with the parade of lambs destined for Temple sacrifices. Maybe the Bethlehem shepherds who beheld Jesus at His birth, marveled once again as He rode a donkey among the lambs. And He shall reign forever and ever!   Arlene Bridges Samuels