After traveling from Nazareth, did Mary birth Jesus in a shepherd’s hospital in the Bethlehem fields instead of an “inn with no room?”  What I am sharing is not the usual birth story in our beloved Christmas carol’s reference to the “Little Town of Bethlehem.” Rather, two passages describe the likely location of Jesus’ birth in Bethlehem Ephrath.

Jesus’ Holy, extraordinary birth into the Jewish culture offers a rich perspective drawing from the ancient Jewish culture and the Tower of the Flock. In Hebrew, Migdal Eder (Migdal-tower and Eder-flock) stood on the road between Bethlehem Ephrath (Bethlehem’s ancient name) and Jerusalem.  Migdal Eder no longer stands. However, the bible mentions Migdal Eder in Genesis and Micah. In Genesis 35:21 we read that Jacob cast his tent at Migdal where he buried Rachel, the love of his life. “So, Rachel died and was buried on the way to (that is Bethlehem Ephrath.). Over her tomb Jacob set up a pillar, and to this day that pillar marks Rachel’s tomb. Israel moved on again and pitched his tent beyond Migdal Eder.” Micah 4:8, a prophecy written around 700 years before Jesus’ birth, reveals, “As for you, watchtower of the flock, stronghold of Daughter Zion, the former dominion will be restored to you; kingship will come to Daughter Jerusalem."

Jewish sages writing in the Mishnah (Jewish oral tradition), confirm the existence of the Tower of the Flock. It was also reinforced by shepherds retelling stories around campfires for hundreds of years before a Byzantine monastery was built over Migdal Eder in the fourth century.

For millennia, shepherds were familiar with the Tower of the Flock. The tower and the Bethlehem fields were their workplace. The Sadducees, in charge of Temple sacrifices, appointed the Bethlehem shepherds who were experts in animal husbandry.  They were Levitical Shepherd Priests because the lambs they raised and helped deliver among the mangers of Migdal Eder were lambs destined for Temple sacrifices. Exodus 12:5 instructs, “Your lamb shall be without blemish, a male of the first year:”

Migdal Eder was a two-level stone structure, allowing the Chief Shepherd to look out over the flock for predators.  (Photo-only an example.) At birthing time, shepherds led the ewes from the fields into the tower. The ancient veterinarians reached into the ewe’s womb to pull out the newborns, then snugly wrapped the lambs in swaddling cloths. If the lamb harmed or scarred its limbs, Sadducees rejected them as Temple sacrifices. Perfection was the rule in the Temple hierarchy.

Caesar Augustus’ Imperial census decree set the stage for Joseph to walk leading Mary, atop a donkey, on the 90-mile trek from Nazareth to Bethlehem. Caesar ordered everyone to their ancestral home for the census. Bethlehem was the couple's destination since Joseph was in King David’s lineage.  It was all part of God’s plan that Mary would give birth to Jesus in Bethlehem—within or in close proximity to the Tower of the Flock where sacrificial lambs were born. When the Angel and Heavenly Hosts appeared to the shepherds in the Bethlehem fields, even in their stunned fright, they immediately understood the lyrical directions in the glorious birth announcement!

“Today in the town of David a Savior has been born to you; He is the Messiah, the Lord. This will be a sign to you: You will find a Baby wrapped in cloths and lying in a manger." Shepherds knew that Bethlehem Ephrath was the “town of David.”  As a shepherd boy, David was surely familiar with Migdal Eder. We do not know how far the shepherds ran to see the promised Messiah, but no GPS was needed. The Tower of the Flock was their ancient office.

When lambs reached a year old, shepherds herded thousands of them into Jerusalem. The Temple Priests examined each lamb at the Sheep Gate only accepting the perfect ones for Passover sacrifices. Jesus Christ, Emanu-El, God with us, is The Perfect Passover Lamb and our Good Shepherd! How fitting that Jesus, born in or near the Tower of the Flock, came to Jerusalem for His last Passover called The Day of Lambs in ancient Jewish culture. Our Savior chose to sacrifice Himself enacting Abba Father’s Redemptive Rescue for the world, and later in the week was executed on a Roman cross.

These glistening threads of ancient Jewish history are wondrous. The connection between the birthplace of Jesus and the location of the Tower of the Flock, where the Temple lambs were born, offers a richer context to Jesus’ destiny as THE Sacrificial Lamb. At thirty-three when Roman soldiers nailed the Perfect Lamb of God to the cross-His blood splattered outside the walls of Jerusalem-happened at the same time the Temple priests slaughtered  the perfect Passover lambs born at Migdal Eder.

Imagine the astounding privilege the Levitical Shepherds experienced hearing the majestic songs in the night skies then running toward Migdal to see baby Messiah, all in one night! Possibly, 33 years later as older men, they marveled again, herding that year’s bleating, scampering lambs for Jesus’ final Passover. 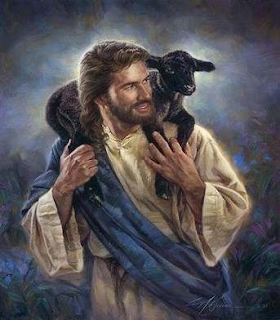 Throughout the Christmas season, our decorated trees, and homes glow as a source of joy, tradition, and family memories. May we reflect upon Jesus’ birthday when the Perfect Lamb of God, entered time and space as Immanuel, “God with us.” Let us not miss the humble, yet splendid context of ancient Migdal Eder in or near where the Perfect Lamb of God was born amid the sacrificed Temple Lambs.

May Jesus’ birth, ministry, death, and resurrection shine far brighter in our hearts in 2023 dispelling darkness now and always! The Lord is our Shepherd! Gloria in Excelsis Deo!